Building a House of Hope” 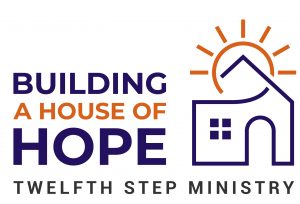 Established in 1989 under the founding leadership of Don R. Benton, Senior Pastor of Lovers Lane United Methodist Church, the Twelfth Step Ministry began.  In 2005 it became incorporated as a 501c3 organization.  The Twelfth Step Ministry, located on Northwest Highway in Dallas, serves all of North Texas, and has grown to become the largest facility of its kind in the United States.  Today the Ministry supports 16 different addiction groups and hosts over 40 Twelve Step meetings per week.

Since the beginning, individuals seeking recovery have met in a house originally built in the 1930’s which has been modestly converted through the years for its present use.  However, the need for its ministries far exceeds its current capacity.  Clearly, a new structure, designed for current and future use is needed.  Structural and environmental analyses indicate that a new facility of a similar footprint as the existing structure would be much more efficient and serviceable than repair and modification of the existing one.

Construction of a new energy efficient, ADA compliant, 8800 square-foot facility has been approved by the Board of Directors.  The new facility would increase the number of meeting spaces per week by 28 and allow 4 outdoor spaces and a creekside meditation path.

Without a doubt, the Ministry provides invaluable recovery support for individuals working to stabilize their lives.  In this tested safe environment, surrounded by peers in recovery who offer hope and support, recovery for struggling individuals begins and endures.

To replace our facility, the “Building a House of Hope” Capital Campaign has begun and we need the community's help.